1. Interview during the visit to the National Bhikkhuni Center

Haeyeon Sunim, the abbot of Beomyongsa Temple, introduced the themes of the Buddhist services to be held in the future. Beomyongsa Temple, in the National Bhikkhuni Center, plans to host Buddhist services every Sunday with a different topic each week. The theme for the first week is the Avatamsaka sutra, and meditation for the second. For the third week, the temple will invite outstanding bhikkuni sunims from all over the nation and hold a Buddhist service. The service for the fourth week will be hosted by Bongak Sunim, and the topic is expected to be an interesting take on the fundamental doctrines of daily life. Also, on the first day of the lunar calendar, the abbot of Beomyongsa Temple, Haeyeon Sunim, will be in charge. Because there are many people coming to pray on the first day of the lunar calendar, the temple is planning on hosting a Buddhist service that would be beneficial for those praying.

Furthermore, along with the launch of the 12th executive branch, the temple started a campaign to boycott the use of plastics and disposable items on its premises. As this campaign kicked off, big changes first took place in the kitchen. Thus far, the temple had been using plastic plates and disposable cups, but they stopped using these items. Effected by this campaign, many bhikkhuni sunims all over the nation actively began to participate in this environmental preservation movement in their own temples.

The chief of the Korean Bhikkhuni Buddhist Research Center, Sukyeong Sunim, explained the activity plans for the center. The center is planning to conduct research on the history and traditions of Korean bhikkhuni sunims, and then to share their findings with the public. The research center will also form a study group open to both sunims and Buddhist laypeople alike who have great interest in the history and activities of bhikkhunis for the free exchange of opinions and to discuss what activities are needed in this era. They will then develop programs based on the findings from the study group.

Seolhae Sunim explained the organization of the National Bhikkhuni Association. According to Seolhae Sunim, the association is composed of the council of elder statesmen, the president sunim, the office of the deputy president sunim, the executive branch (the departments of general affairs, planning, finance, education, cultural missionary work, social welfare, international affairs; the Korean Bhikkhuni Buddhist Research Center; and Temple Food Research Center), assistant administrator sunim, Beomyeongsa Temple, and the office of librarians. Seolhae Sunim is in charge of the general affairs department, the main role of which is to support various administrative work for the smooth operation of each department.

The interview shows how hard these bhikkhuni sunims are working to assist with Buddhist activities and bhikkhuni sunim activities. The role of the National Bhikkhuni Association is anticipated to be evermore greater in the future.

(The Sakyadhita Korea Forum has been held since November 2017. The forum started as a means of promoting the development of Sakyadhita Korea and strengthening the bond and unity among members via sharing precious experiences of their daily lives or religious practices; understanding the strengths, talents and wisdom each member has; and sympathizing with their sufferings. Most importantly, one of the main objectives of the forum is to cultivate leadership through training that strengthens one’s ability to express herself.
The 8th Forum of Sakyadhita Korea: Accompanying reporter Kyungmok Ha’s report of the 2019 Sakyadhita Australia Conference

Reporter Kyungmok Ha stated that he had learned a lot about the status and role of Sakyadhita while covering the Sakyadhita International Conference in Australia as a participant. Reporter Ha also stated that such an event plays a vital role in the development of Buddhism. He advised that the Sakyadhita International conferences be more publicized in the field of Korean Buddhism through the media so as to better inform Korean Buddhists and promote their participation in such events.

Mia Shin, a steering committee member of Sakyadhita Korea and a member of the Korean National Commission for UNESCO, introduced and discussed the value of 48 UNESCO-designated Buddhist heritage items from 14 countries including India, Nepal, Pakistan, Myanmar, China, and Korea.

“The dress code for this year’s Shabam Shabam was green. I was in a green one-piece dress and wrapped my child in a green scarf when we arrived at the Shabam Shabam event site. The event began with the 9th Forum under the subject of UNESCO World Buddhist Heritage presented by Ms. Mia Shin who works for the Korean National Commission for UNESCO. It was a very precious opportunity to hear the stories behind how the over-1,000-year-old temples, Tongdosa Temple, Beobjusa Temple, Magoksa Temple, Buseoksa Temple, all of which are both cultural assets and Buddhist cultural assets of Korea, became registered as world cultural heritages. This allowed me to realize the hidden strength of Korean Buddhism, and I was deeply touched beyond the feeling of gratitude towards the Buddhist community for preserving and cultivating these over-1,000-year-old temples.

After my mind was filled with interesting and meaningful lectures, it was now time to fill my belly. The event proceeded without paper cups or disposable plates to abide by the green campaign in line with the theme of ‘global environment.’ With the delicious food that each person brought, I ended up becoming gluttonous. Ms. Mikyung Ahn’s homemade Injeolmi rice cake and Ms. Hanul Kim’s vin chaud were delicious, but the best was the red bean porridge that Shihyun Sunim made with all her heart. It was even more delicious as I felt sunim’s ardent wish to sweep away the bad energy for the new coming year through her red bean porridge for Sakyadhita members. The highlight of Shabam Shabam were the various games that followed dinner. I realized that I was lost in the games like a little child, without recognizing the time, as I played Korean jackstones, a game with rabbit ears and a crossword puzzle with Buddhist terms.

I am so very thankful to Sakyadhita Korea for preparing such a precious venue and for the members who adore my immature and loud child that is growing up as the youngest Sakyadhita member.” ~by Soyeon Kang 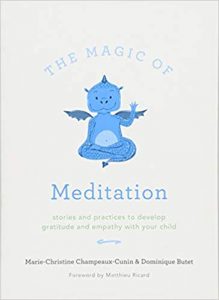 Introduction of an Original Text: THE MAGIC OF MEDITATION